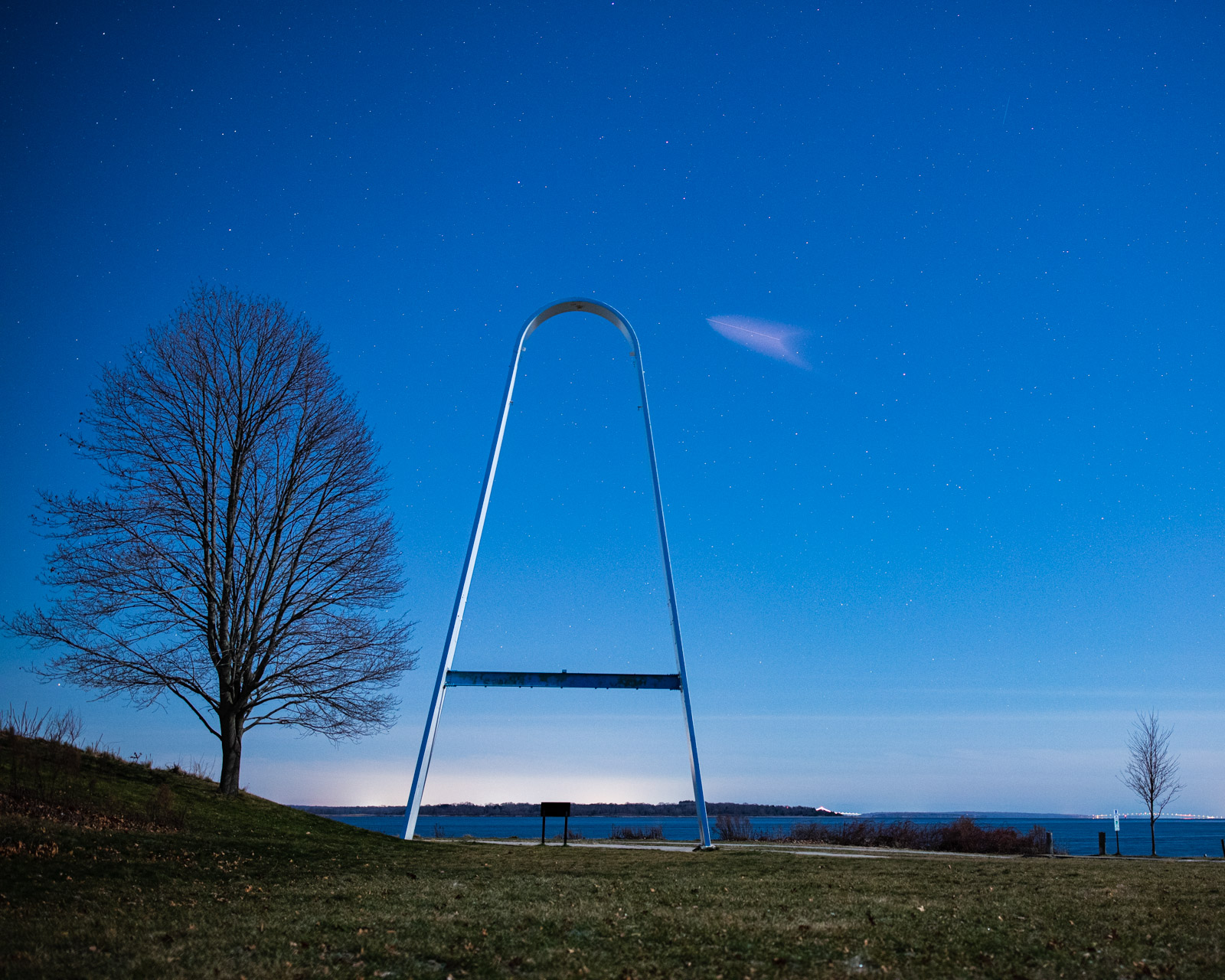 A few days before Christmas, I had a bit of fun chasing some night-sky events around the recent SpaceX cargo resupply launch to the ISS. ISS launches from Florida pass just SE of New England to match the station’s 51.6º orbital inclination, with the second stage engine cutting off when the capsule is probably 100-200 miles east of Cape Cod and about 250 miles in altitude (they don’t launch from Florida on NW-SE ISS passes because it would require an inefficient dogleg around the Bahamas). I discovered that these launches are visible from RI during the last crew mission launch - which was at night - when I saw the trajectory on the SpaceX livestream and ran outside with my oldest daughter who spotted the plume racing across the sky. This go-round, I went out for the ~5 AM launch with my camera to Rocky Point, a local park with a neat old arch that could serve as a foreground and a clear view to the south and east across Narragansett Bay.

I got roughly in place, set my camera up on a tripod, manually set focus, took a couple of test exposures to dial in something appropriate for the nearly-full-moon sky, and the set my gaze to the south as I tuned into the launch broadcast. About 3 minutes after the launch, I picked up the plume heading towards the NE from the south and scrambled to line up a shot. I got one exposure, repositioned, and was about to fire off a second when the engine cut off and the plume disappeared. 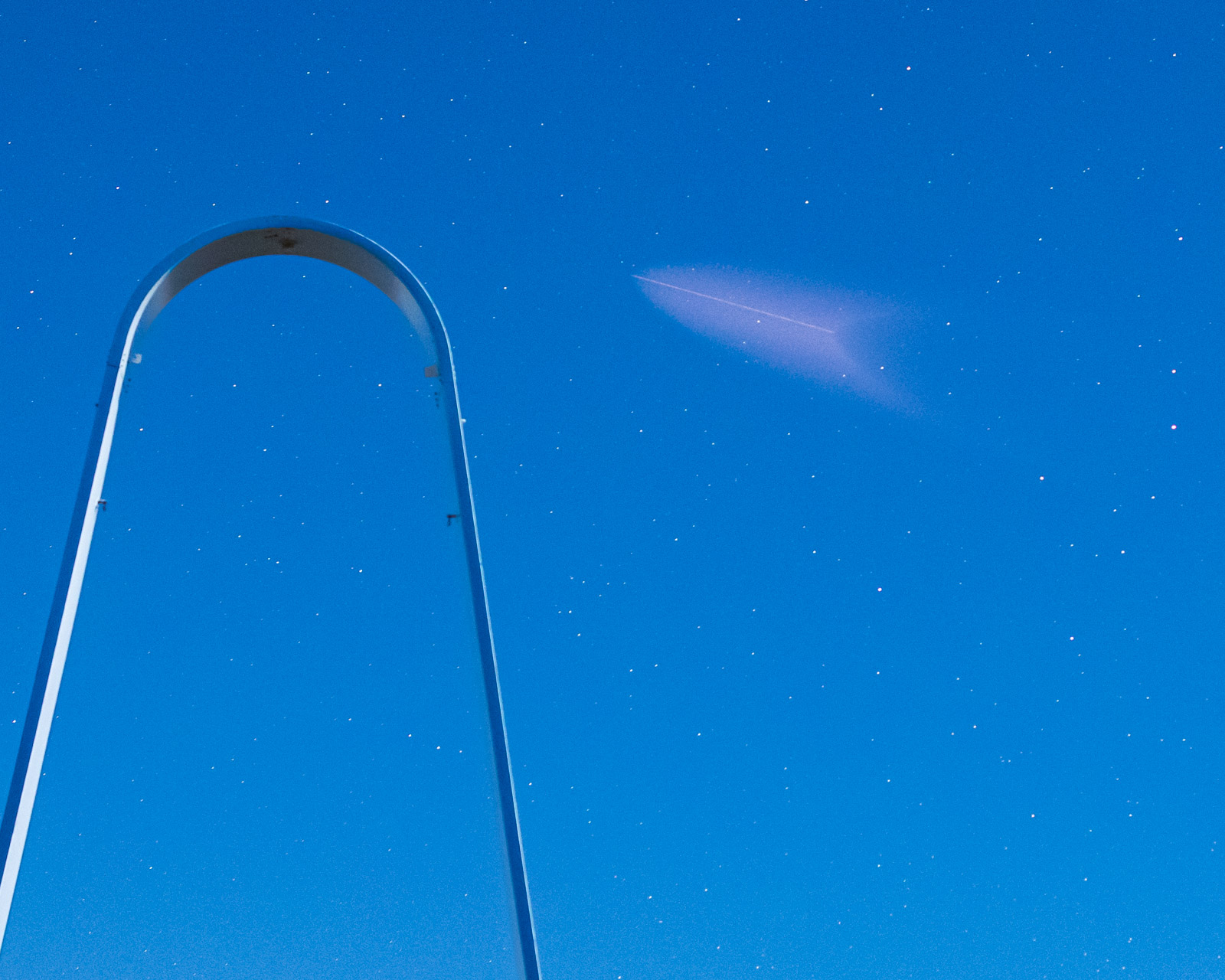 As I headed back to my car, it dawned on me that the moon was in the west and there was going to be another ISS flyover in the western sky in a little over an hour. There had been one shortly before the launch (the launch happens just after the station flies over the launch site and then the capsule “catches up” from a lower, faster orbit to make the rendezvous), and each successive 90-minute orbit passes west of the preceding one due to the rotation of the earth. I took a look at a website for determining ISS transits to see where the station and moon would line up, and it ended up that I was in luck - I could get to the spot in Narragansett, RI with enough time to see it happen. I jumped in my car and headed south.

On the way, I noticed that the high-altitude exhaust plume to the east had started glowing brightly as the sun illuminated it in the dark pre-dawn sky. Once I got to Narragansett, I first pointed my camera to the east to shoot what was left of the plume - the uppermost “cloud” glowing in the following image (by that time it was close enough to sunrise that other clouds on the horizon were also starting to glow). 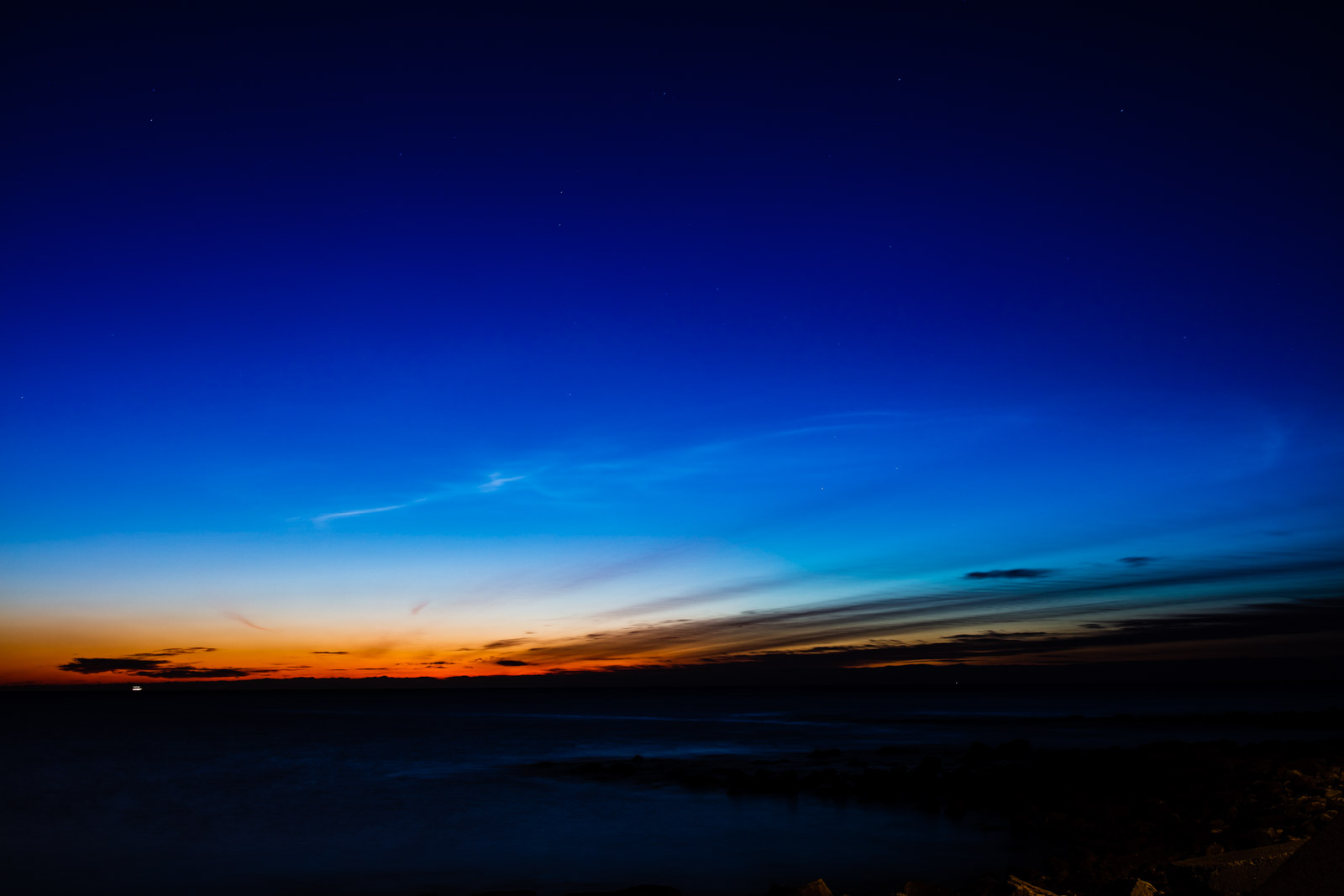 I’m hopeful that one of these days, there will be a launch around an hour post-sunset or pre-dawn so that the exhaust plume is illuminated in this manner as the spacecraft travels. That would be quite a dynamic show of light.

With the plume photographed, I turned my attention to mounting my longest lens, pointing my camera at the nearly-full moon, and locking in focus and a fast shutter speed. I then waited for the ISS to appear. In this case, the transit was happening while the ISS was illuminated by the sun, which simplifies timing considerably as you can see it approaching the moon. Many times, these lunar transits occur while the ISS is in the earth’s shadow, meaning you have to time your photographs to the second using a highly accurate clock as you can’t see the ISS until it’s silhouette appears in front of the moon. The station appeared out of the earth’s shadow to the south-southwest. I waited until just before it passed in front of the moon and fired off a burst of images as it crossed the lunar disk. From these images, I created a composite where I used masking to bring in the ISS from each frame as it was crossing in front of the moon. 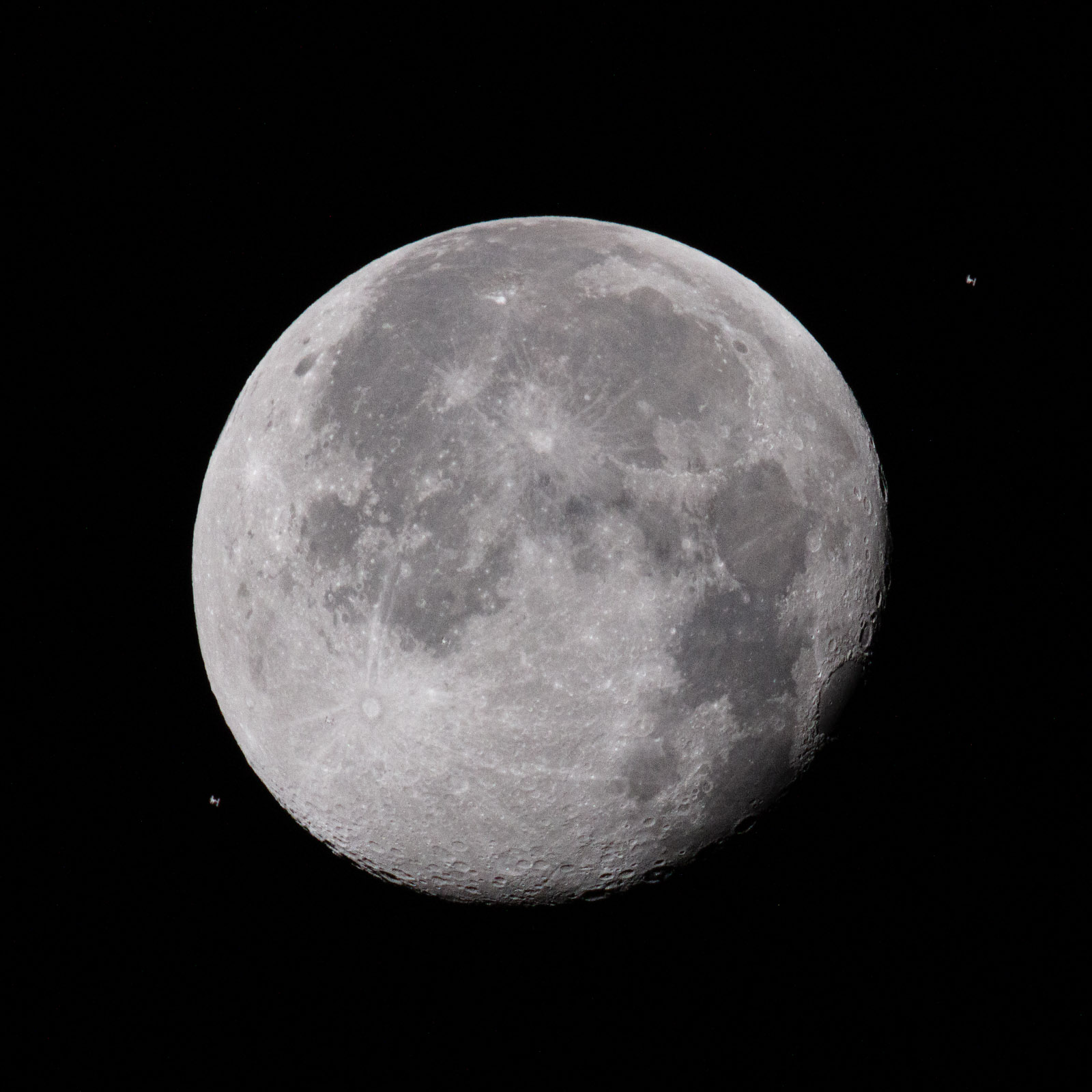